Quit Like a Millionaire: No Gimmicks, Luck, or Trust Fund Required by Kristy Shen

This was an interesting book.  I learn a lot however she lost me in the later chapters where she talks about outrunning inflation by traveling to other countries where the dollar goes longer.  I like traveling as much as the next person, but I would not like to live months in Malaysia as she mention in her book. 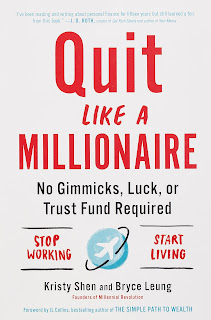 She has many good points in this book and it is definitely worth reading.  I am older than she is so I have already done some things that she does not agree with such as paying off my house.  I have invested and have diversified my portfolio.  I have annuities, mutual funds, muni bonds, and after reading this book I have invested in indexes as well.  I am also planning on maxing out my 401K.  My wife just went back into the workforce as a teacher and we are investing all of her money.  Shen is very bohemian and does not want to have kids which is fine.  However I already have two kids that are my life and I could not even imagine being alive without them.
Publisher ‏ : ‎ Quercus (September 19, 2019)
Language ‏ : ‎ English
Paperback ‏ : ‎ 336 pages
ISBN-10 ‏ : ‎ 1529407206
ISBN-13 ‏ : ‎ 978-1529407204

Posted by Manny Fernandez at 10:12 PM No comments: 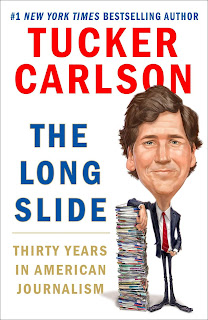 Intellectuals and Race By: Thomas Sowell

One of my favorite authors today.  Sowell reminds me of  Booker T. Washington, and his books are essential to understand the real race relations and economics in these United States. 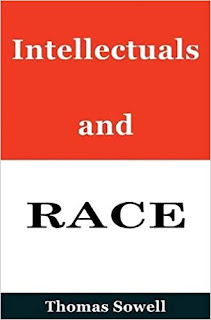 His books are well referenced and challenges the false narratives espoused today.  I recommend this book to anyone with an open mind that is not a deacon of the woke church.

This is BY FAR they best book regarding "current affairs" i have read this year. Regardless of the party you affiliate with, this is the book to read. As we have seen recently, even the Democrats are open season for Woke,Inc. Anyone that has read my reviews will know that I am a BIG proponent about making "political affiliation" a protected class. This would fix many problem. The moment that someone takes your MAGA hat or rips off your "Feel the Bern" shirt, that would be considered a hate crime. All we would need is a few sacrificial lambs and people would get the idea real quick. 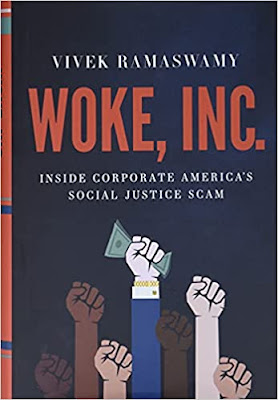 Woke is a religion of zelots. Companies, including the ones that employ us or the ones that host our blog sites and our social media accounts can wipe you off the face of the earth for something you do on your personal time and when not even on the social media platform. This book does a phenomenal job in exposing the nefarious and duplicitous tactics of the WOKE, Inc.

This cannot continue. Even leftists today, and I mention them by name because they are almost exclusively the leaders of this religion or cult, are waking up to the delosional ways of wokeness.

You have people like Bill Maher and recently Nicki Minaj, with 22 Million followers on Twitter which found herself on the wrong side of the woke crowd for daring to question the woke narrative. She posted one of the best response I have seen from either side.

"Right. I can’t speak to, agree with, even look at someone from a particular political party. Ppl aren’t human any more. If you’re black & a Democrat tells u to shove marbles up ur @$$, you simply have to. If another party tells u to look out for that bus, stand there & get hit"

This cannot continue. The "woke" don't even make sense and there is zero consistency. Examples:

1. Only women can have an opinion on abortion, but "men can have babies" and should be cosidered "birthing person".

2. Equal rights for women, but trans women (biological men) can compete for opportunities specifically set aside for biological women.

I have always said that in a feeding frenzy, phiranha will kill each other. This is what will happen to the woke as well. The weapons you arm those you deploy to do your enforcing, will eventually be turned on you.

The author breaks down the legal implecations of the "Woke Religion" and how the Civil Rights act of 1964 and 1968 protect from being persecuted for having a religious belief or DONT follow their religiou beliefs. His comparison of Woke Religion and Christianity is on pointe.

I highly recommend this book. He is a conservative, but only because he slipped it in a couple of times. You can assume he is because he is not WOKE and as I mentioned above, the woke are mostly leftists.

Another great book that transported me to my childhood surrounded by dopers and dealers. Although I was too young to go to the Mutiny, I do remember a lot of the people (adults) I hung out with going. 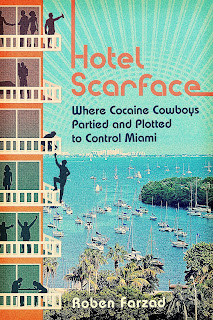 The book is obviously about The Mutiny Hotel in Coconut Grove, but it talks about all the players that made the Mutiny as famous in many cases as Studio 54. A who's who of people that would frequent the Miami spot.

Cocaine made Miami. I never really saw a problem with it as most people getting killed where the criminals themselves. Although innocent people would get sucked into it as well. However today we still have crime and the gangbangers that really don't care about anyone. Even legitimate business were thriving during that time. I remember going out to dinner at The Forge in Miami Beach and the bill would be upwards of 5k. We would go out in a squadron of 38' Cigarette racing boats. I did not own a car for over 2.5 years. I would go over to my "friend's" homes and take a Benz, Porche, Bronco, 300z, Mustangs, even a Ferrari.

I was never "in" the business but I did enjoy the spoils. Like a strip bar where we would drop 10k.

Great book especially if you are from Miami.

Rich Dad Poor Dad: What the Rich Teach Their Kids About Money That the Poor and Middle Class Do Not! By: Robert T. Kiyosaki

I normally do not read these kinds of books.  However this one came highly recommended.  I wish I would have read it years ago. 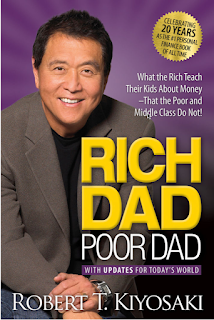 This was a great book.  It really has a lot to do with common sense.  It gives you information that you normally would not think of until you know it.  Once that happens, you cannot un-ring that bell. Although Kiyosaki is heavy in RealEstate and right now the Florida (where I live) market is a seller's market since the mass exodus from New York and other left run states, I want to look into how best approach it.  The message was crystal clear though regarding assets.  I found myself telling my sons the same thing his poor dad told him.

Actions I have taken:

I have other books on my list now that are around investing.  I am at an age where retirement is actually something I need to think about as opposed to thinking that it was decades away.

This book has been on my "to read" list for decades. I did the audio version of this book and I will not lie, it was extremely difficult to get through it. Could have been the narrator's fault. I heard the same thing from a friend that attempted to listen to it as well. I pushed through the last chapters last night. 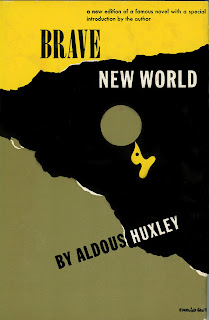 I finally decided on reading it when it was referenced in the "Speechless" book I recently finished. I have read 1984 multiple times and the author of "Speechless" in his book juxtaposes 1984 and A Brave New World from the societal changes and what we are seeing today.

Things that I found interesting about this book:

Delta Babies are conditioned to hate flowers and books. This ensures that they will live the rest of their lives not wanted to advance themselves and stay at the bottom rung of society doing the hard labor work. Sound Familiar?

Also, Huxley describes the over-sexualization of children where they are engaging in promiscuous sexual play. They are also taught to hate family. This too sounds very apropos.
As I write this review, Cuba is consumed in protest against that system. This has NEVER been seen in that country. Waking up and seeing things for what they are is an important step in life.

Ironically, George Orwell was a student of Huxley in Eaton.

Posted by Manny Fernandez at 8:31 AM No comments: