The Fight: A Secret Service Agent's Inside Account of Security Failings and the Political Machine By: Dan Bongino

This book is all about being a secret service agent and what he witnessed.  Obviously he is Republican but it did not seem like a hatchet job.   He discusses his failed run for the Senate and limitations placed on him because of his role. 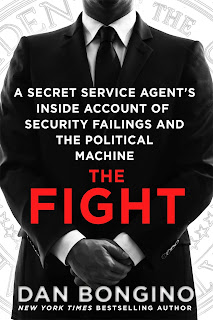 Bongino is more of a Republican Libertarian, where I am more libertarian libertarian.  He does make some interesting points. He calls out Clinton on her email scandal and rightfully so.

I get that a lot of people hate Trump but what blows my mind is that EVERYTHING they accuse Trump of doing that he should be impeached on is exactly and princely was Hillary did. Collusion, Obstruction, dealing with a foreign power to change the outcome of an election, use of power and privilege to grant favors for counties in return for "donations" to the Clinton Foundation and on top of all of that, the email scandal.  I am not even talking about White Water, travel gate, attacking women her husband was accused of full on raping.  Yet to Democrats, they literally cried when the piece of crap lost to Trump. So it would have been perfectly acceptable for Hillary to do everything Trump was falsely accused of.

If the media had an ounce of integrity, and held both parties responsible for their actions, our country would be a much better place. 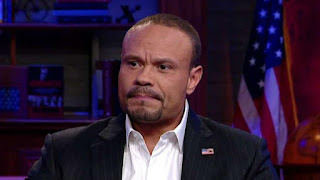 
Posted by Manny Fernandez at 12:03 AM No comments:

Bad Blood: Secrets and Lies in a Silicon Valley Startup By: John Carreyrou

This book was recommended to me by a friend.  The book covers a "Bio-Tech" company that was akin to vaporware in the Software world.  Elizabeth Holmes, a young Standford dropout started a medical testing company. The plan was to create a blood testing device that would allow you to run a battery of test with a minimal amount of blood; from prick of a finger. 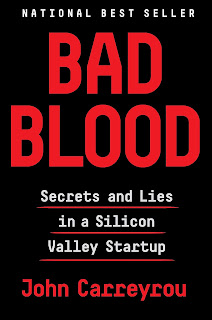 Holmes was a well connected, ambitious, young woman and sociopath with a "single white female" like love for the late Steve Jobs; to the point that she wore his signature black turtleneck.  The book covers the lies and mistrust with her own people. Sadly, I have worked for companies like this before.  I have had to leave, even at a loss to myself.

Holmes seemed the little sister of the silicone valley tycoons and former political personas.  She was able to hoodwink these people into believing in her vaporware test.  She was able to secure funding for the company, Theranos and built her net worth in the billions.  I recommend this book for anyone looking to start a business and use it as a reference on how NOT to do it.

This is a long awaited book for me.  Some people may disagree with him.  IMHO I consider him a true hero.  He outed the corruption at the very top.  This has not stopped and has actually increased.  The saddest thing about the entire situation as that we all know the NSA is watching everything we do and we the people have done nothing.  We have become a bunch of complaisant drones of the government. 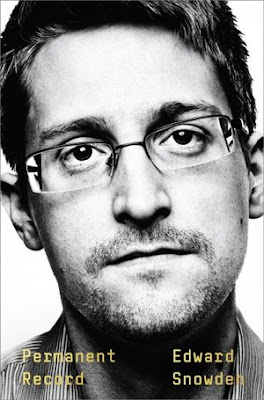 This book covers more of his upbringing and what brought him to the point where he blew the whistle on the government than the information he released.  I think Snowden is a brave man and should really be pardoned, although not sure he can be if he has not been convicted yet.   Snowden was on the money regarding the Internet of the 90's. Not the crazy victimization world we live in today where a post you made at the zenith of your acne outbreak comes back to haunt you well into your adult days. This why I agree with GDPR to some degree.

I am glad that his then girlfriend flew out with him and they were able to get married.  It is a great story of a great guy.  He blows the lid off of the government mass surveillance which they call "Bulk Collection".   Based on the recent call to sue Snowden for the proceeds of this book, I do not see this government slowing down.  Government production is bipartisan.

Posted by Manny Fernandez at 9:04 PM No comments:

This was an amazing book. Although I disagree with the political views of the Black Panthers, since they are a Marxist organization,  I must remove my hat and commend Albert Woldfox for the way he carried himself in prison. He was a convict but not a thug. What they did to Robert King, Herman Wallace and Albert Woodfox is unrcontionable.  Woodfox, Wallace and King where held in solitary confinement in sub-human conditions for an extended period of time.  In Woodfox's case, over 40 Years. 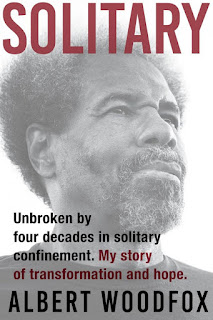 This book shows the racism experienced during the 60's and how it continued well into the 2000's.  The Angola 3 as they were know as, had a huge following and a amazing legal team of mostly volunteers.  Two portions of the book hit me especially hard.  One of them was how Woodfox would take his hour to help bathe and clean the cells of the mentally ill in his cell block.  The second was the testimony given by Teenie Miller's, the widow of Bent Miller.  Brent Miller was a guard at Angola Prison and was murdered.  Albert, Wallace and even King (which was not even in Angola during the murder) were accused and held for over 40 years for a crime they did not commit.  This is a travesty of justice.  I recommend this book highly.  It will change your views on prison, prisoners and the legal system.  I cannot wait for the movie to be made.  I will be there.

Prince of Thieves By Chuck Hogan

This book takes place in the mid 1990's in Charleston, Boston; the oldest neighborhood in Boston. I watched the Ben Affleck's adaptation film of this book "The Town" before I read the book.  Because of that, as I was reading the book, Doug MacRay WAS Ben Affleck. 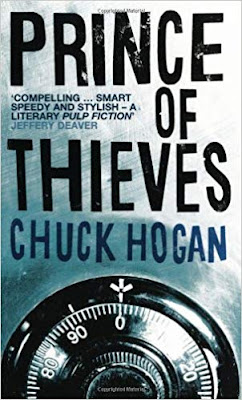 The author writes about a group of childhood firends that commit heists when they are older.  Doug screwed up his chance to get out of the Town after being drafted by the Bruins.  He is a recovering alcoholic.  James Coughlin, another member of the "gang" is a hot-headed, degenerate but pulled 9 years in prison for defending Doug.  His sister is Doug's former lover.

The gang pulls a bank heist.  They are extremely detailed oriented and in doing so, they investigate the workers of the bank.  One of those employees is Claire Keesey, the Assistant Bank Manager.  Doug falls for her and after a successful bank robbery, Doug finds a way to meet her, unbeknownst to her, she does not realize that he was one of the bank robbers.

The FBI is obviously investigating the crime and the agent in charge, Fraweley, is also into Claire and  as the story unravels, you can see the battle for Claire's affection.

The movie was excellent but the book was too.  I recommend it. 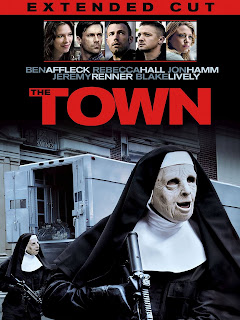 The Diversity Delusion: How Race and Gender Pandering Corrupt the University and Undermine Our Culture By: Heather Mac Donald 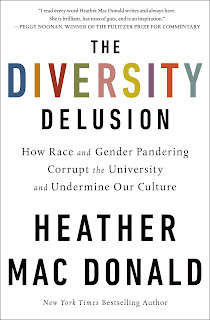 When writing about rape, MAC Donald writes about how the colleges and universities have changed what they consider rape and as such, there numbers are skewed. Also interesting is how a woman is not responsible for her actions while intoxicated but rather the male has to be responsible for HIS actions while drunk or high as well as the female's action. Soon you will see contracts such as this made up contract below:

At many points in this book I found myself laughing out loud because of the stupidity our society has devolved into. Other times I found myself in tears because of the same. I cannot fathom our country being run by these professional victims that find fault in anything and everything. How can these people operate in the real world where rejection is a daily issue, relationships where people argue, jobs where bosses do not coddle you. They cannot. These people in my opinion are not prepared to enter into society as adults.

Shame on the colleges and universities for capitulating to these coddled, imbecilic, entitled, professional victims babies. Sadly these kids are paying enormous amounts of money and jumping through hoops to get accepted only to be taught that if they do not like their surroundings, they can accuse and fabricate whatever they want to force those not acting the way they want into submission.

The Oscars, Emmy awards, Golden Globes et al have become unwatchable. They have turned into a political opportunity and a race/sex/LGBTQ quota fest. I would like to watch entertainers entertain. I wouldn't mind those institutions go away altogether. The fact that we need to pass over artists that are deserving of an award simply because another is a female, black, short, tall, LGBTQ, or any other group that has decided to complain.

I used to want my kids to go to a great Ivy League school but after reading this book, I think to myself "Why?" Why would I spend all that money to have my kids take semester after semester on meaningless "education" about fabricated things. What a waste of time and money. 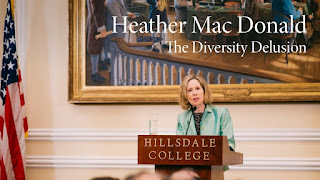 Posted by Manny Fernandez at 7:41 AM No comments: