In My Time - Dick Chenney

***** 5 Stars
This is an excellent book regarding our Former Vice President.  It goes through his life as a youth in Nebraska up until present day.  Although I found myself disagreeing with much of what he said, more especially the foreign policy, he did not throw any punches and was somewhat gracious to President Barak Obama.

One of the things I found curious was his little time at Halliburton, yet people in the past made it out to be some incestuous long term relationship.  I find it a little hard to believe that in the ~4 years of being CEO, he could have somehow entrenched himself as deep as others accused him of. Especially since Halliburton was already a big Government contractor.  It [the book] did however spark my curiosity in researching the Halliburton story a bit more.  I am actively searching for a book that is not a progressive hatchet job or a right wing cover up.

Surprisingly in his book, he was much more critical of the Bush administration's higher ups than that of the incoming President.  Of course he did mention his opposition with many of Obama's policies, but did so graciously.  Even commending Obama on launching the strike against Bin Laden. I highly recommend this book.  I love to read people's biographies since I gives you a view into their mind as opposed to the left/right wing media.  I read both Obama's book and hopefully when he is out of office in 2012 and right his book in 2013, I will read that too. :-) Yes I had to throw that in. 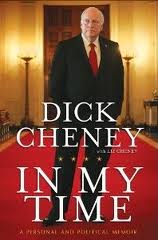 
Posted by Manny Fernandez at 3:20 PM No comments: 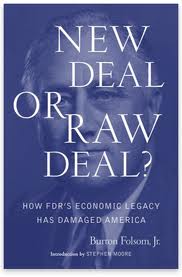 This is a great book showing how FDR personal upbringing and his illegal and unconstitutional ways have harmed the US even today. In this book, you see that FDR was a failure in all business ventures he tried. Many of his friends succeeded but he always failed. He mooched off his wealthy mother and even as governor of NY was living in a home that was paid by his mother. This is telling of the way he would govern. It goes into details about the "New Deal" gimmicks and how he used them for political gain. How he used the Democrats to give out WPA jobs in exchange for votes. How he used the IRS to weed out his opponents, a tactic later used by Nixon.

Thia book goes into detail and names names of people and states the benefited from his reckless spending. How he created the position of Press Secretary to help cover up unwanted media coverage and to "leak" information hw wanted to leak.
I recommend this book to anyone interested in seeing how closely the Bush and Obama administration align with the progressive movement of FDR.

Posted by Manny Fernandez at 11:55 PM No comments: