One Second After by: John Matherson

This was a very apropos book.  Although NOT a pandemic, it is about an EMP.  However you the outcome and the scenario is very real.  The inability to get supplies, medications, and the very essentials to sustain life.  The threat of an EMP is very real and is not a science fiction movie.  Although a computer would be useless during a time of an EMP, it is imperative to be prepared. 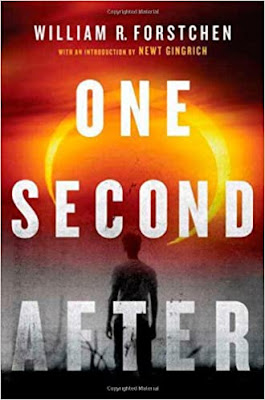 It is important to have a classic car that would sustain an EMP.  Gasoline would be easy since all other cars would be fried and you could fill up as you go, but the problem is someone or a group would try to take it from you.  You would need an arsenal and plenty of ammo.  In the book John has an old Edsel (manufactured by Ford).  The book takes place in Black Mountain NC, a place I love and have looked at property to buy in the mountains.

Death, destruction, and mayhem.  People may laugh at me but I plan to prepare for an EMP.  Better safe than sorry.  The fact is the US relies too much on technology.  GPS, Electricity, etc.  You need to be prepared.

Matherson has other books;  One Year After, The Final Day and 48 Hours.  I plan to read them all.

12 Years A Slave By: Solomon Northup

Amazing book.  I cannot wait to watch the movie.  Sadly but necessarily, it reminds me of the abhorrent practice of slavery.  At first the book is a little slow but soon you are neck deep in the story and wishing Solomon escapes or is saved. 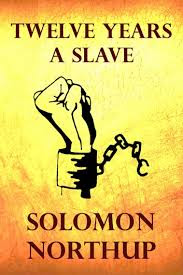 This is not the first time I read about the trade freedmen being sold back to the South.  Its funny to listen to those who align with the NORTH because they are from the north and they seem to think that the entire north was against slavery.  The dirty truth is that the Civil War was not fought to end slavery.  Anyone doing cursory research will agree with that statement.  The "North" was not without sin.  They did plenty including selling free black people into slavery or back to slavery if they escaped bondage.

Although the book is promoted as a true story, there has been some historians that have questions certain facts.  Although I have not read those reports, and even if 90% of this book is true, it is appalling.  Hell, even if 1% of it were true, it would be appalling.

The books is about Solomon Northup, a freeborn African-American that was born in NY but kidnapped by conmen and sold into slavery.  Northup leaves his wife and daughters and they have no idea where he went.  Northup had to hide his ability to read and write because he would have been killed.  Blacks were not allowed to learn any skills that could allow them to understand laws and such.

I read the book prior to watching the movie as is my modos operandi, so I was not aware of the story prior to reading.

Read it, then re-read it.  Great book

The Outsider By: Stephen King


Another great book by Stephen King.  I started watching the series with Justin Bateman. I watched the first 3 episodes, waited for my wife to catch up and then my wife moved forward without me :-(. 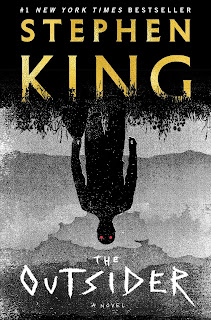 The book starts off with a brutal murder of a young child.  The description is extremely disturbing.  In the book the boy is mauled and also sodomized with a branch.  The town coach, Terry Maitland is the main suspect.  However the case soon unravels.  Ralph Anderson, the investigator of the crime and himself being the parent of a murdered child, arrests Maitland in front of the entire town and a game he is coaching.  The investigation takes a turn when Terry Maitland is 70 miles away at the time of the murder.

As with a lot of Stephen King novels there is a lot of product placement within the book.  Sometimes it was a bit too much.   I will admit that I was tempted to cheat and watch the show in order to find out what was going on.  It is a suspense book all the way until the end.  I did find it a bit disturbing as King kept circling back and mentioning what had happened to the Frankie Peterson.  I felt as if King wanted to remind me again and again about the crime.  As soon as I started thinking about the plot, someone mentioned the gruesome act.


** SPOILER **
The crazy part is that I remember as a child when my parents told me about "el viejo de saco".   Little did I know that he would be the subject of a Stephen King novel.

The Fifth Domain: Defending Our Country, Our Companies, and Ourselves in the Age of Cyber Threats By: Richard A. Clarke and Robert K. Knake

Great book about cyber security.  I am in the business and can see the author(s) are well versed on that industry.  The authors however, make their political biases known to the reader.  Although I DO read political books and expect the political biases, I hate when authors, actors, musicians, etc try to use a platform to spew their political views when the content is not political.  It is not overwhelming to the point that it is not readable, but it is palpable.

Authors cover many of the concerns I and others have to deal with. They have different views and proposed solutions than mine. I tend to not want government involved, however the authors seem to be pro-Big Government.  This is strange to see in InfoSec since you have a majority of people in this group are usually libertarian leaning weather that is left-leaning or rigs-leaning libertarian.