Erasing America: Losing Our Future by Destroying Our Past By: James S. Robbins

This book was a great read. Even though the content is disturbing. We have become a society of cancel and mob rule. Gone are the days of the 1st, 2nd and 4th amendments. The only speech allowed is the speech de’jour based on a small group of very loud instigating terrorist that use fear of cancel, boycott etc to bludgeon everyone to think and act like them. 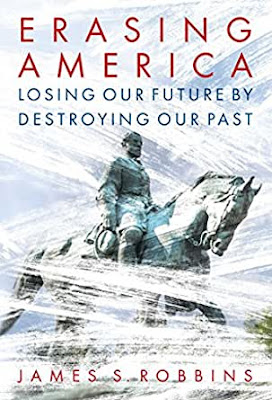 Although I finished this book 2 weeks ago, we are a week past the Capitol “take over”. Although I disagree with violence, it’s funny how the “defund the police” advocates immediately called the police. The “anti-National Guard” were caliing for National Guard. Those that attacked and labeled people who used the word “mob” to describe the BLM and ANTIFA riots, looting and destruction where now eager to use it. Every left wing (redundant statement) media outlet used “mob”.

Now we see the power of big tech. The infringement of the first amendment is unprecedented. It is such a dangerous move by the media companies. Even countries with awful human rights records are calling tech companies out. It makes me wonder what they think he is going to say. Why are they so scared?

At any rate, this book goes over the insanity that has become the new norm. If we don’t get back to a semblance of sanity, we will have a tyrannical government by the end of 2021, if not sooner.

Posted by Manny Fernandez at 1:58 PM No comments: 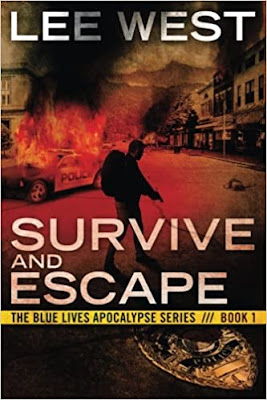 Interesting book. Not so much on the technicality of the EMP specifically but good in preparation of the social breakdown and some scenarios to prepare for. I believe that if we continue divided as a country they way we are, it’s only a matter of time that a real enemy will take the opportunity and attack us. Maybe not in the typical way we expected but an EMP is easily created and can cripple the entire country which would make us extremely vulnerable. I think that if the incoming administration and their supporters get their way in removing weapons from people, an EMP is very, very plausible. I am not a full-fledged prepped but I have made certain preps for different scenarios. One of the best advice I can give is “don’t plan for a particular scenario”. You never know what could come; natural disaster, pandemic, social unrest, government tyranny. Sadly these have all been experience by the US in 2020

Posted by Manny Fernandez at 1:55 PM No comments: