A Convenient Death: The Mysterious Demise of Jeffrey Epstein by: Alana Goodman and Daniel Harper

Despicable, Child Rapist Billionaire got away with his crimes.  The story goes that he killed himself, but in my opinion, he was murdered.  I can only hope that he suffered until his last breath.  The book covers some of the same materials as with some of the other Epstein books I have read, but touches on; as the sub title says "The Mysterious Demise of Jeffrey Epstein." 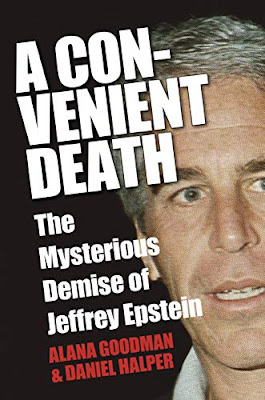 If you do not know who Epstein was, you are probably hiding under a rock or use woke up from Cryostasis.  Epstein was a multi-billionaire with homes in Palm Beach, FL, New York, France, New Mexico and Virgin Islands.  He actually owned two islands.  These islands allowed Epstein to control the environment and bring young girls there where they were unable to leave.
The book reveals a version of the Epstein saga saying Les Wexner, the Victoria Secret mogul, was the one bankrolling Epstein's lifestyle; either overtly or covertly.  One version is that Wexner is/was a closet homosexual and Epstein had the goods on him.  I tend to not believe that Epstein would/could hold homosexuality over someone today.  Society is more accepting than ever before.  Additionally, Epstein had a cozy relationship with the Gates...... yes those Gates.  Both Epstein and the Gates have been outspoken Eugenic proponents.
https://www.youtube.com/watch?v=ozlbeXrb_5A
Sadly, no one will ever know the truth.  I do not think Ghislaine Maxwell, Epstein co-conspirator and longtime girlfriend, madam, recruiter of children will live to testify and name names.  She will meet certain death.  Her days are numbered. 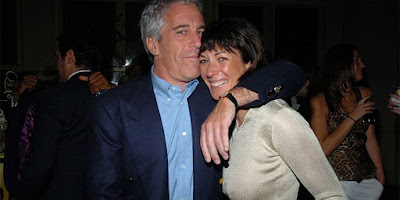 Ghislaine Maxwell and Jeff Epstein
He wanted to inseminate women with his semen to have a bunch of kids.  Thankfully this did not happen.  Contaminating the world with little Jeff Epstein(s) would have been a really bad idea.  I truly hope they catch all those involved and the victims can find justice.  They were cheated from justice.  Whether Epstein took his life (highly unlikely) or someone had him silenced, he got off much easier than these pro girls; women today that will live with what he did to them for a lifetime.  There is a special place in hell for this man, and I hope they turned up the heat when he arrived.
Posted by Manny Fernandez at 10:42 PM No comments:

I'm Your Emotional Support Animal : Navigating Our All Woke, No Joke Culture by Adam Carolla

Insanely funny but very apropos. Corolla blows the lid off of the victim society and cancel culture we are contaminated by these days. This book is filled with F-Bombs and other "four letter" words (or French). It will certainly crush the snowflakes of today. The saddest thing about this book is that he is 100% on point. There is a purity test that all have to pass in order to be a member of the new society. Apparently there is no room to evolve your thoughts, opinions or decisions. You are now forever defined by the rants of your sixteen year old self. I have evolved from being a Republican to being libertarian because I did not agree with many of the planks of the Republican Party. If this is the way we plan the future to be, not even the Purest of the pure would be eligible for a place in the new society. 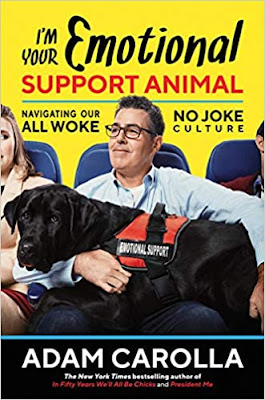 The wusification of men today will have huge effects down the line. I know in my family, I am the one willing to take the risks and lay down my life for my family. If there is a need to get a second job, to go out in the middle of a hurricane, fight to protect my loved ones, even standing in line for an entire day to get gas for our hurricane generator, that's me. My kids are learning and I take my oldest one with me. I teach them to safely handle AR style rifles, hand guns, knives, dress a deer etc. I teach them about making fire, cooking and most important the respect of women and God. These days men are more feminine than women. They gossip and rat on each other, they don't ask out girls anymore. My 14 year old told me last year "I hope she asks me to the dance". I was floored. This is not the way it is supposed to be.
I recommend this book for anyone that is a rational person. If you believe is safe spaces, micro aggressions, culture appropriation and the drivel espoused the morons of today, move on. You will only hurt your delicate feelings.
Hardcover: 208 pages
Publisher: Post Hill Press (June 16, 2020)
Language: English
ISBN-10: 1642935883
ISBN-13: 978-1642935882
Posted by Manny Fernandez at 8:13 PM No comments: