Ron Paul is the Yoda Master of the Constitution.  This man has broken the problem down in this book and showed what it is going to take to fix the problem.  He holds nothing back.  Slams the Republicans and the Democrats.  He calls them as he sees them.

In this book, Paul breaks down what mindset a candidate SHOULD have to save this country from economic ruins.  Unfortunately, this was written for the 2008 campaign for President, and we got nothing of what he suggested.

He is a master of economics and of the constitution. This is an excellent book.  I recommend it 100%

Nullification: How to Resist Federal Tyranny in the 21st Century

Nullification: How to Resist Federal Tyranny in the 21st Century

Nullification is a great book.  It is very concise.  Easy read.  Informs you of why nullification is so important.  The Federal Govt are basically "Agents" for the states, how can we rely on the Federal Govt to decide what is constitutional and what is not.  That in and of itself is a conflict of interest.  Especially how the Supreme Court legislates from the bench as they do today.

This book will open your eyes quite a bit.  Nullification is not the answer for everything, but it is a tool we can use to put the Federal Leviathan in check when we feel they have overstepped their boundaries.  In my opinion, it is not used enough.


For those who support the constitution even when it is not in line with our personal agenda, you will enjoy it.  If you feel the Central Overlords need to provide for you from womb to tomb, move along..... 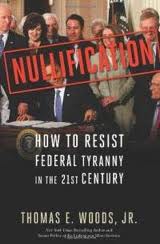 Ghost in the wires

Awesome book.  This book has enough technology to keep nerds like me involved and yet non-techie folks will also enjoy it.  My eleven year old son read a piece of it and wants me to give it to him so he can read it. I am in trouble.  And to think that it is Kevin's life story is even more amazing.  This could be a great movie..... No not the hatchet job by Miramax, a real one with the real story. 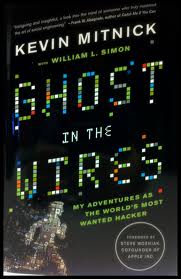 Recommended reading for all techies.

In the past 5 years, I have struggled with a political "label".  One that fits me 100%. I was a registered Republican, but found myself disagreeing with MANY of the things they did yet found myself defending them to liberals I knew.  It made no sense to me.  I surely was NOT a liberal.  During the McCain campaign, I struggled because I really did not want him but I knew I did not want Obama.  I had read both his books and did not like what I read.

Once Obama won the election, I started to see an amazing thing, the people on the left were applauding the same things they were slamming Bush for. And now the Bush followers were bashing Obama for the things they applauded for Bush.  This was the turning point for me.


I decided to start from the beginning.  I read books about the founding fathers.  In doing so, I stumbled on the Libertarian party.  This was a godsend to me as I "lined up" with a majority of the points.  However I still struggled with some of the Libertarian views.

As I continued to polish off books on History, I found myself enthralled with Jefferson and Madison.  I started listening to Mike Church in the morning drive and found his views and his knowledge of the Constitution  addictive.  I found myself reading authors he had on his shows:  Thomas DiLorenzo, James Woods, Hayek (not on his show obviously but discussed), as well as Henry Hazlit, Ayn Rand, Bastiat and Von Mises.

Later on, I actually sat down to listen to Ron Paul.  I found myself mesmerized by his ability to speak to the left and the right and always have the same response.  The man is a true thinker and does not tow any party line even though he is a Republican.

Between Dr. Paul, my reading, listening to Church and Wilkow (Andrew Wilkow on Sirius), my Masonic teachings, and my Faith in God, I realized that there is no 'PARTY' per say for me.  I am a CONSTITUTIONALIST.

After reading Atlas Shrugged, it put it all in perspective, although, I do NOT agree with Rand's religious or rather lack thereof,  I do find her philosophy on work ethic, government intervention, and respect for one's self to be spot on.

I love to help those in need, destitute, sick and afflicted but I do it as I feel I can and as my ability permits.  I feel everyone should fight their way through life.  Doing the very best you can clawing their way through adversity and pit falls.  When the help is "needed" it should be provided.  It should not however become a permanent revenue stream for that person.  We never encourage them to get off of the "help".

I think we should leave all these wars alone.  Come home and secure our borders once and for all.  If another Country attacks us, them we unleash the biggest baddest military this World has seen.  We do not bomb and rebuild.  We level and move on.

Posted by Manny Fernandez at 7:27 PM No comments:

Outstanding job Judge.  Again, he hits the mark with an unbiased view of the race issue in this country from its inception until present day.  In this work, he explains the difference between 'natural law' and 'positive law'.  He shows you how the departure from defending 'natural law' has caused and continue to cause slavery and racism.  After reading this book, I have a painful realization that African-Americans have gotten the short end of the stick and have been mistreated since the inception of this country and sadly continue even today.I highly recommend this book. 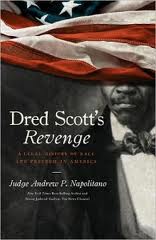 Posted by Manny Fernandez at 5:51 PM No comments: