In the President's Secret Service By Ronald Kessler

Very interesting book on the "inside" of the Presidency.  I was shocked at how the presidents passed and present were very different than their public persona.  It was equally, if not more shocking, the opulence this person and his family lives in during their term as POTUS.  Albeit ONE of the highest positions in the representative republican government we live in, the POTUS lives a life that can only be envied by royalty.  This sadly is much of the driving force behind most of the candidates as of late (~100 years).

Mr. Kessler talks about the best and worst presidents to guard as well as their respective family members.  Some of the family members, including the first ladies, made it difficult at time to protect the POTUS.  Overall, some of the best include Laura Bush, Barbara Bush, Michelle Obama and some of the worst were Hilary Clinton,   Rosalyn Carter. 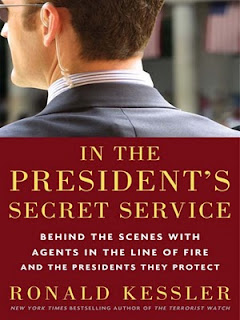 Mr. Kessler describes the budgetary nightmares once the Secret Service was moved from the management of the Treasure to DHS.  The attrition rate is incredible because of the working conditions.  Ironically some of the Presidents that spend their days advocating labor unions for the "working man" yet their own details do not get the same benefits as regular "non-union" workers.


This book coupled with a special I watched "Its good to be the president" truly disturbs me.  The opulent lives they live is unmatched by any "rich fat cat".  I would like to see a stronger SS and not so much of the other minutia.  I think the staffers can go to Kinko's to have invitation printed up; I do not think we need five full time calligraphers on the payroll.  Additionally, I do not think the WH needs to have fresh flowers every day.   This is either the cause or the goal of the corruption in politics.

It is a really good book but disturbing in many ways because we are programmed to believe that the Secret Service is an elite group of men and women that have this incredible work ethic, which is true, but we see how the department itself treats their employees, the internal politics, the cronysm, and budget short-falls.

The Founding Father's Guide to the Constitution By Brion T. McClanahan 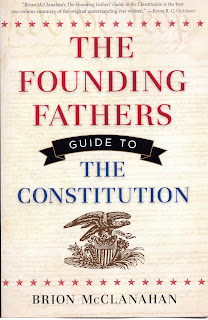 This book is very educational and you will glean much needed information from it.  The scary part about this book is to see the leviathan that we have in D.C. and wonder well the hell did we go wrong?  I recommend this book to anyone interested in what the "Central" government can, and most importantly CAN'T do.  It discusses what the President's job description is, rather, should be as well as the congress and senate's.  It also solidified my belief that one of the worst things ever done is the 17th Amendment.  Short book chock-full information that is absolutely essential to our lives as Americans.

River of Doubt by Candice Millard

Fascinating book about the expedition taken by Theodore Roosevelt through Brazil.  Although I do not necessarily see eye-to-eye with Roosevelt politically, it does not take away from the man that he was.  Roosevelt was know for his self inflecting physical challenges that was part of what made him remarkable. 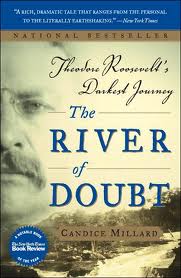 This book covers in detail the expedition through an uncharted river "the river of doubt".  It delved into details about the river, its inhabitants as well as the plants and insects.  I learned so much about plants and insects from this book.  Theodore "Teddy" Roosevelt was a strong, determined and tenacious person.  I have much more respect for him after reading this book.  The book shows you how men in desperate situation are brought to the brink insanity and even commit murder and/or contemplate taking their own lives.  Roosevelt also took his son on the mission.  The book transports you to the river and makes you feel those feelings of desperation Teddy must have felt seeing his son in harm's way.


This book is kid safe >12 although subject matter may not interest them much.