The Hunger Games - THE MOVIE 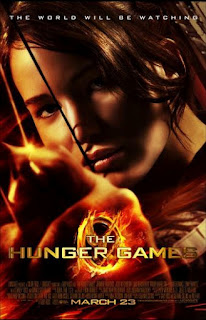 I finally broke down and went to see the movie with my son.  I would say that, if you have never read the book you will probably be fine; if you have read the book, get ready for some inconsistencies.  Actually the movie lacks depth.

The relationship between Katniss and Peeta is almost non-existent.  The book has more romance between these two and you certainly root for them and their relationship.  The movie failed to deliver on the romance and ended up making Katniss look shallow and un-engaged.

Peeta never loses his leg, Rue was released from the net in the movie, Peeta did not pass-out with the "soup", Madge Undersee does not give Katniss the pin rather Prim does.  These are but a few.

With that being said, in the book she does a lot of internal thinking.  This is difficult to depict in a motion picture as those scenes are either cheesie or can only be used occasionally lest you want something like "Castaway".

With regards to Josh Hutcherson, I think they made a bad choice.  Katniss was way too much women for him.  He is supposed to be strong yet looks below average.

The movie get pretty graphic when they start killing the tributes.  May be too graphic for 12 and under.... although they probably are not reading the books.
Posted by Manny Fernandez at 9:08 PM No comments:

I have to admit, I have seen this book maybe a million times but NEVER looked into reading it.  It was not until I saw the movie trailer did I consider reading it. My son was reading it as well. 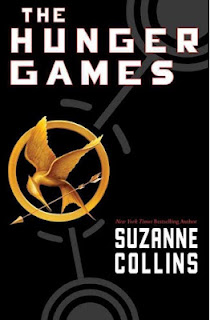 The story revolves around a tyrannical government that forces teens (12-18) to fight to the death in the "Hunger Games" all the while, they are being recorded via hidden cameras.  It is a survivor meets real world meets bear grills meets blood sport.  Although the book kept me engaged the story was a bit predictable.  Not to say it was not good but you were able to see things coming a chapter before.

Its funny how the the Left and the Right are claiming that this book represents the tyrannical "other" side.  I think it shows that either way tyranny is tyranny and we as a people need to rise above it all.  In addition to that, I believe it shows kids that they need to prepare for the future, albeit not with killing others etc but still prepare themselves for a difficult future.

I look forward to watching the movie and will  review the movie compared to the book once I watch it.

The Politically Incorrect Guide to the Civil War by: H.W. Crocker III

Good book.  Unfortunately for me, most of the information in here I have read elsewhere.  The book does cover the North and the South protagonists of the war.  This book did spark and interest in Robert E. Lee and Grant.  I have added some of those books to my list. 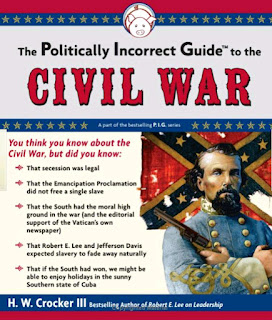 Some of the subject are not for those who buy into the "only one side of the story" theory.  If you read this with an open mind and put aside the pro-South agenda of the book, you may walk away with at a minimum, a different view.  I wish this subject could be debated without the risk of sounding racists or supporter of slavery.

The New Road to Serfdom By Daniel Hannan

Good book on how the U.S. is moving to represent a European style government.  I have seen this author on YouTube slamming the EU.  The book explains how the "Grass is NOT always greener on the other side".  I am confused why if someone that enjoys that form of government does not immigrate to Europe and leave the (r)epublican form of government that made this country great, when it was great. 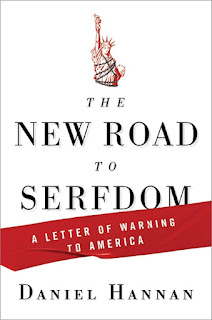 This book in conjunction with "James Madison: The Making of America" only show me that the fear our founding fathers had of tyranny were well placed.  If the founding fathers were to be brought back, they would cringe at the tyranny that exists today.  It is astonishing how the left think Europe is a utopian world.  Looking at its painful failure, it is equally astonishing how they still want to go down that path.

The Secret Life of Houdini: The Making of America's First Superhero by William Kalush and Larry Sloman

Very interesting life of Ehrich Weiss AKA Harry Houdini, was a very interesting figure.  This book discussed the meagre upbringing of Houdini and how he was able to turn a childhood passion of magic to a brilliant career. During his zenith, he was very wealthy man.  It also delved into the dispute with the spiritualists and how eventually lead him to his downfall.  This was an interesting book.  I was not sure if I would like this book, but I enjoy biographies.  I enjoy story of resilience where people overcome the odds.  This book delivers on that. 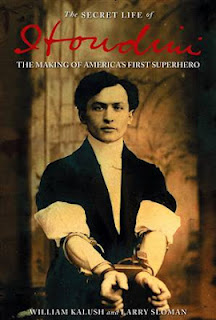 Houdini died on Halloween from a ruptured appendix caused by a surprise punch to the stomach. It is believed that this was done on purpose because of his disdain for the spiritualist movement.  Ironically, the suspected person that ordered the hit was none other than Sr. Arthur Connon Doyle.  His wife was one of the most well-known Spiritualist and the target of Harry Houdini.

Andrew Jackson "old hickory" was an amazing man.  In addition to being a war hero is one of the  most famous battles of all times (Battle of New Orleans), he was also a Fraternal Brother.  He was our seventh President of these united states.  During his term of 1828, his Vice President was John C. Calhoun and in 1832, his VP was Marten Van Buren.  His wife Rachel Jackson died just before the inauguration of Jackson. The book covers the "scandal" of that time regarding Rachel's first husband (Lewis Robards) of which Rachel was still married to when her and Andrew Jackson married. The attacks on Rachel, his late wife by his political adversaries well passed the elections.  Jackson suffered greatly with the loss of Rachel. 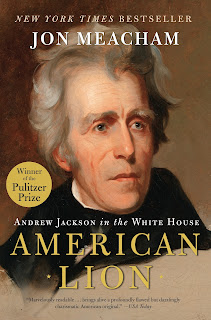 Jackson's controversy did not end there.  The book covers how Mr. Jackson elevated the executive branch's power unconstitutionally which  Abraham Lincoln used as a justification to usurp the Constitution and declare a war against a group of states that no longer agreed with how the Central Government was doing things.  One thing is a fact, he did do away with the central bank of these united states.

"Gentlemen, I have had men watching you for a long time and I am convinced that you have used the funds of the bank to speculate in the breadstuffs of the country. When you won, you divided the profits amongst you, and when you lost, you charged it to the bank. You tell me that if I take the deposits from the bank and annul its charter, I shall ruin ten thousand families. That may be true gentlemen, but that is your sin! Should I let you go on, you will ruin fifty thousand families, and that would be my sin! You are a den of vipers and thieves."

Jackson did not agree that nullification was allowed or proper.  I disagree with him, however he stood his ground when it came to this particular subject.

In general, the book is exceptionally well written.  The book is engaging and if you enjoy biographies, you will not be disappointed with this gem.

Ironically although Jackson despised the central bank and disagreed with what it was doing, today we have Jackson's face on a "Federal" "Reserve" note.

Posted by Manny Fernandez at 2:25 PM No comments:

James Madison and the Making of America By Kevin Gutsman

AMAZING BOOK!  What can I say?  This book was written for me.  This is my favorite subject and period.  James Madison was an amazing person and his accomplishments still astonish me even by today's standards and the perceived advancement in technology.  This book is NOT a biography of Madison although Mr. Gutzman does give you a give picture of Mr. Madison's background.  The book is focused on the subtitle "and the making of America".

Madison believed that a particular religion should not be preferred over another.  Coming from a state were Baptists were persecuted while the Episcopal was preferred, he opposed the idea of a "state Church".


This book delved into the Philadelphia Convention and the Ratification Debates and showed how Madison being soft-spoken yet steadfast and sometimes even obdurate dedicated himself to the cause.  Mr. Gutzman touches on the "Federalist Papers" of which Madison authored 29 of them with other contributors Alexander Hamilton and John Jay. 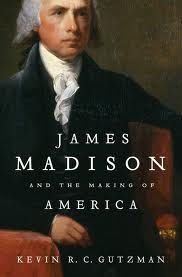 Although he seemed to change his views in his later years, he always remained true to the Constitution regardless of his views save the chartering of the 2nd national bank and what would be categorised today as "infrastructure projects".  I was surprised to learn that Jefferson and Madison were proponents of colonization of freed slaves. This is something I always "credited" to Lincoln.

This is a great book and I enjoyed it very much.  I recommend it as required reading for anyone interested in the original intent of the Constitution from ONE of its architects.

Interesting book about the history of the Glock.  Not only does it give you an insight into one of the most famous guns ever, but it also shows you what a first class marketing plan can do for a company.  It also dabbles into the past guns such as Colt.

This book shows you how mass hysteria and miss information has the possibility of crushing a great product but sometimes that backfires and the free market does what they want anyhow. 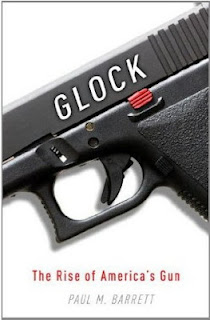 Mr. Glock started off making knives and then moved on to making the Glock 17.  His marketing genius gave the D.C. police department free Glock 17s for the trade-in of the old outdated Smith and Weson being used at the time.  This gave him an "inside-man" in the market he was trying to penetrate.  Mr. Glock opened a huge US Office in GA where he installed multi-lane shooting range where law enforcement agencies could visit and shoot new guns for free.  In addition, he would take these Law Enforcement officers to a gentlemen's club where they had their own VIP section.  Drugs, Hot Girls and Sex; perfect combination to entice the predominantly male dominated industry.

Later on, the media and government's attempt to ban the gun by name, made "glock" a household name.  Mr. Glock is now worth billions of dollars and was able to oust the Colt and S&W brand name as the de-facto brand of guns.

Posted by Manny Fernandez at 2:00 PM No comments: