Hurricanes: A Memoir By: Rick Ross

This was a great book.  Rick Ross grew up in Miami and a lot of the places he frequented are places I did as well.  I was never a huge fan of Rick Ross, however after reading his book, I certainly understand his music much more.  There was a lot of talk about Ross being a Freemason due to his song by the name "Freemason".  However he is not.  Ross has become a huge presence in the hip hop/rap world.  It is incredible to see how a person can turn their life around. 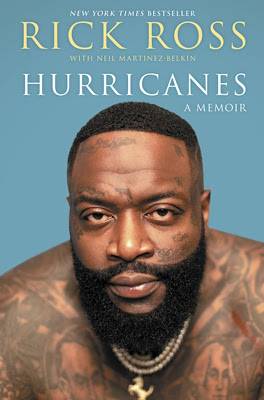 In one of the chapters, Ross wrote about driving by Evander Holyfield mansion and parking where it was visible with his friend.  He was impressed at the accomplishment of Holyfield.  At one point, Holyfield filed for bankruptcy and Ross immediately purchases the property. 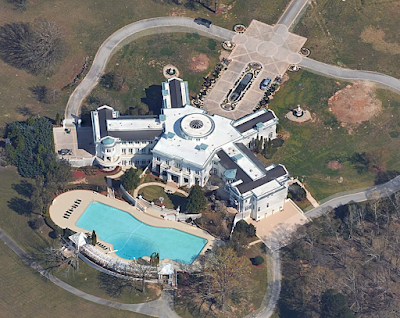 Ross and I share a similar thought process.  In his book, he mentions how he thrives in the face of adversity and nothing drives him more than someone saying you can't do it.  I find myself at this point in a similar way as Ross did where his villain was himself.  That chapter was actually inspirational.

His mom and his sister are a big part of his life and his longevity.  It is great to see that someone that has been extremely street wise and exposed to so much crime and death, still looks to his mother and his family for support.

One Year After: A John Matherson Novel By: William R. Forstchen

Another great, post apocalyptic book by Mr. Forstchen.  This book is the second in the series and follows One Second After by the same.  This book picks up with book 1 in the series leaves off. In this book, John meets with part of the newly formed US government after the EMP or "The Day" as they call it. 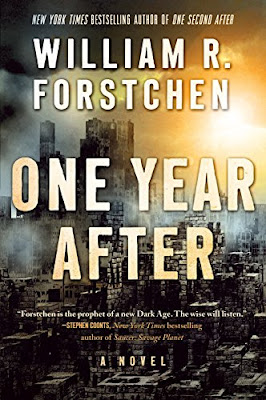 John Matherson again proves that he is a man of integrity and his historical knowledge, since his last job was as a history professor in Black Mountain, NC.  The book is somewhat slow but when you get to chapter 11, you cannot put it down.  John's ultimate villain is an overzealous politico that is trying to run NC as his own empire.  He tries to tempt John by offering him positions and rank but did not expect John to be as principled as he was.

Great, action packed book.  Can't wait to read the next one.

Guilt by Accusation: The Challenge of Proving Innocence in the Age of #MeToo By: Alan Dershowitz

This is an interesting book.  Dershowitz attempts to set the record straight from his perspective.  Dershowitz makes a compelling argument against his accuser and her attorneys. With the creation of the cancel culture, #MeToo and other movements and organizations, we have seen a devolvement of the legal system once founded and rooted in "innocent until proven guilty".  It has now been turned on its head.  It is now guilty until proven innocent, proof be damned. 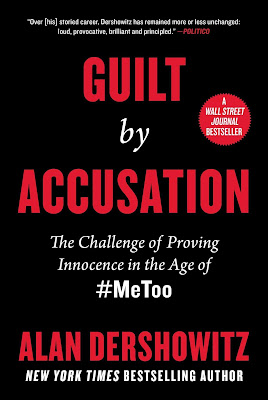 Dershowitz walks you through the evidence and is able to show exculpatory documents, recording, and fillings that exonerate him.  He even requested that FBI investigate him.  He initiated it, not the accuser.  However, it seemed that the accuser's attorneys refuse to do the right thing and have the accuser testify under oath and threat of perjury what her story is.

I do believe women should report sex crimes against them.  There have been too many victims of such crimes.  However I do NOT ascribe to the new legal system where all it takes is a woman to accuse you of something and destroy your life regardless of it being true or not.  I am positive that if the shoe were on the other foot and the US adopted some of the Sharia type beliefs where women need to have four male witnesses to prove rape, the "movement" would take on a different role with different goals.

The book is not his best work.  It is short coming in at 168 pages including the table of contents. And quite frankly did read a little whiny, but the content was interesting despite that.  It shows the sleaziness of the profession.  Hopefully it is the exception and not the rule; although I believe its the latter and not the former.

What I found appalling is how someone can make accusation about you and then when you come out and call them a lier, they can sue you for defamation.  It is a lose-lose scenario.  Thankfully for him, he is an attorney and can fight the fight better and cheaper than others.