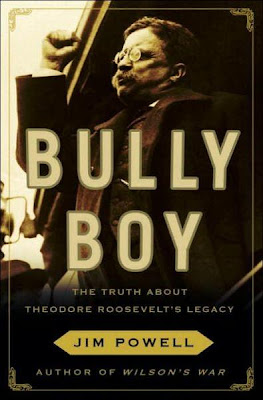 Roosevelt, although a tremendous personage in his personal life, his war mongering antics are still being felt today.  His need to usurp the Constitution and the controls set in place to prevent government from acting unilaterally, had dire consequences both in war and economy.

The book covers in detail the"trust busting" era and how its intentions and results were predicated on special interest and cronyism.  As in most of instances where government oversteps their authorization, the results are destructive to the people.  This is a great book in my opinion. I am suer that other's views differ from mine and they feel that the FDA and that shifting the monopolies from private ones to government ones somehow made things better, but nonetheless I enjoyed this book.