Future Crimes: Everything Is Connected, Everyone Is Vulnerable and What We Can Do About It By Marc Goodman

The book started off OK however the book is riddled with inaccuracies and the author takes many liberties. 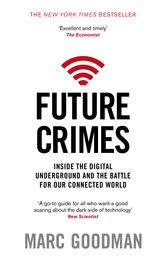 First of all, as I stated, the book starts off good. It does give good information about big data collection and points out a lot of useful information however as he jumps into the “crime.inc” he starts to treat it as an actual organization rather that saying something like “bad actors”. Also he made a comment about Ross William Ulbricht AKA “Dread Pirate Roberts”, the founder of Silk Road saying he was a big time libertarian. This must have been from WikiPedia as any self respecting libertarian will tell you that we live by the NAP lifestyle meaning None Aggression Principle. I happen to be libertarian so I can tell you that based on first hand knowledge.

Additionally, he references Scott Levine (sniper mail) as a “hacker”. I happened to have served as an expert witness on this case and can tell you that he was charged with conspiracy and money laundering which had nothing directly to do with “hacking”. He had some employees that “hacked” into Axiom; and not really because they had a file on the root of the FTP directory where everyone had access named passw.txt that contained all the username and hashed passwords. The passwords were the same as the username. They used a cracking tool to crack the first 3-4 passwords and saw the pattern. Anyhow, Scott owned the company and had gotten money from it, and that is what the FBI wanted. The money man. Gave they a deal and they rolled on Scott saying he ordered them to. There was more than enough evidence that his employees were trying to take the information they took and were trying to go on their own. Here is a link to an article from NBC News.

The book was hard to finish because the author starts getting repetitive and boring. Honestly there is more about crimes of the past than there is “Future Crimes”