American Crusade: Our Fight to Stay Free By: Pete Hegseth

You might be used to seeing Hegseth doing the cooky diner interviews all around the country during the 2016 election season. Or maybe if you are a Fox news watcher, you will recognize him from Fox and Friends morning show.  Either way, this man is a Harvard/Princeton. 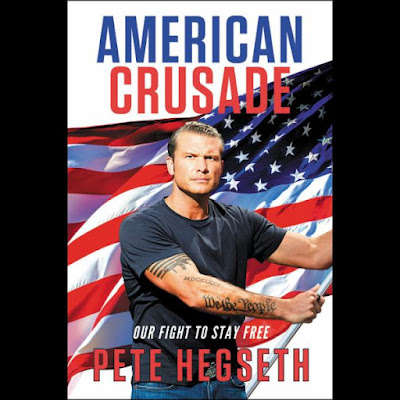 This book is written by a man that is true to his country.  He was in the National Guard, went to Harvard and Princeton, and has done may works of charity around Veterans.  He was not a Trump supporter in the beginning. But like many other people, he saw Donald Trump for what he is; a threat to the establishment. When you see someone ruffling the feathers of both putrid parties, chances are they are doing it right.  The book delves into topics you would expect from a Conservative.  He is now a Trump supporter.  Interesting note, he was a term member of Council of Foreign Relations but quit the organization.
He is truly a patriot and not just for what he did in the military but what he did for his fellow countrymen that returned from the military.
It is a good book, obviously very pro-Trump so if you dislike or hate Trump, don't bother reading it.  Your eyes will bleed.  I am one of those not-so-silent majority that did not initially vote Trump, but feel he has done an amazing job.  I often wonder, if he would have had even the same level of support from the opposition as Obama did, our Country would be doing amazing.  In spite of all of the anti-Trump media (redundant statement), in spite of the fake investigations, trumped up (no-pun intended) impeachment, all other investigation, unfair treatment, et all, he was still able to make this economy thrive and do for POC what no other POTUS in my lifetime has done.
Love the last chapter when he talks about Trump calling him on Halloween and told him "You are a fucking warrior Pete; A fucking warrior."  Love it. 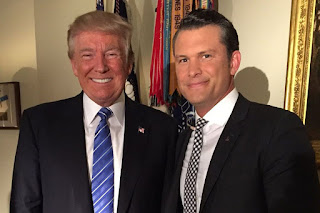