Dirty Rocker Boys: Love and Lust on the Sunset Strip By: Bobbie Brown

Man, I used to crush on this girl in a bad way.  This is one of those books I do not normally gravitate to but that I stumble on to, almost by accident.  The book covers the life of smokin' hot actress & model Bobbie Brown; not to be confused with the rapper 'Bobby' Brown although Bobby Brown the actor, reported got the idea to name his daughter Bobbie Brown after him. 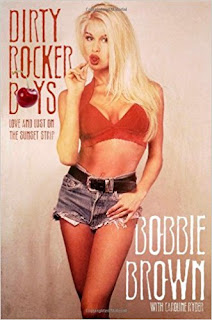 This is a fairly short book.  It covers the ups and down (and frankly the ins and outs... in details) of Bobbie Brown.  Brown writes about her life as a teenager growing up "flat chested" and being picked on. She also wrote about her crush with Motley Crue drummer Tommy Lee.   She discusses her stint on Star Search and how she did not win.  I always thought she was beautiful even if she did not win.  Bobbie was chosen by Jani Lane, Warant's front man to be in the Cherrie Pie video and Bobbie accepted.  It was the beginning of a whirlwind lifestyle I do not think even she suspected.

Jani and Bobbie eventually got married and had a baby girl. However the stress of the road, the abuse of alcohol and meth from both parents respectively eventually took its toll on the marriage.  Bobbie met her childhood crush Tommy Lee and immediately fell head-over-heels for him.  She talks about his now legendary penis, which the world has seen due to the Tommy Lee/Pamela video.  All-in-All, the relationship seemed to be almost fairy tale. Until it was not.  Pamela Anderson was also on the prowl for Tommy Lee and was not about to let something like a fiancé get in the way of her needs.

Tommy and Pamela got married in Mexico without Bobbie even knowing what went on, while he was engaged to Bobbie.   This was crushing for her.  This singular event, paved the way for the future of Bobbie's sexual escapades as well as her years of celibacy.  Tommy was toxic to Bobbie and still is.  He would stay in touch and really never let her off the hook to start her life over.  She continued to abuse substances and ended up in worse relationships than even Tommy and her.

Sadly, I did not know that this had even occurred until I read the book, Jani Lane succumbed to his alcohol abuse and died alone, in a hotel room under an assumed name of alcohol poisoning.  He was found by the cleaning crew.  Apparently someone, not himself, checked him into the hotel under the assumed name.  It is unknown who that person was.  More disturbing is the confession of Janie to Bobbie about his possible reason for alcohol abuse.  Apparently he was raped early in his career.  It was unclear the exact details of who and why, but the fact that he was raped is clear.  Quite frankly, I would be interested in reading a follow up book on the like of Jani Lane.

Bobbie has now turned her life around.... we hope.  She remains a beautiful woman even though she is older.  This book only serves to prove that some of the most beautiful people are ugly on the inside and are dealing with huge issues.  This girl, as beautiful as she was and even though I would have given an appendage to be with her, was a broken women with low self-esteem in spite of her beauty.

This is a great book to read.  If you followed the Hair Bands or Arena Rock Bands you will love this book. 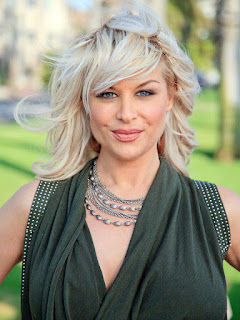 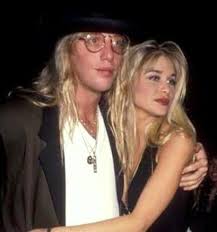 Bobbie and Jani in their heyday 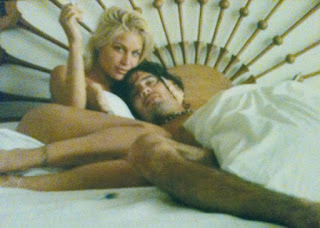