This is the second book I read by Peter Schweizer.  The first one was 'Throw them all out".  In that book he discussed the insider trading that occurs with members of the House and the Senate. After the publishing of the book, laws were passed against this activity, however in this book he informs us the very same administration that signed those bills into law, gutted them as well.  This book is equally tantalizing with respects to exposing the corruption in our government even at the highest levels. 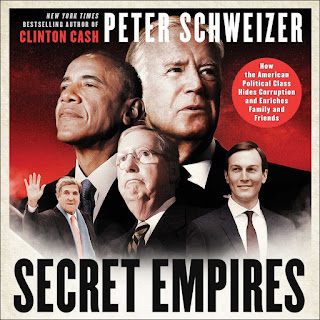 As is Schweizer's MO, he does not toe any party lines in this book.  He is an equal opportunity basher.  He calls out Joe Biden, his kids, and their long time friends and how they enriched themselves with sweetheart deals.  He also calls out Barak Obama and his "FBOs" (Friends of Barak Obama) and the litany of cronies he put in positions of power without having any sort of qualifications.  He also calls out how the corruption that followed President Obama from Chicago and the corruption heretofore.  Of course the Clintons were covered.  How can you write a book about DC corruption, nepotism, fraud, crime and sweetheart deals without mentioning the Clinton's.

Not to be accused of being a Republican shill, he called our Mitch McConnell of Kentucky and his wife, Elaine Chao with deep ties to the Chinese government.  McConnell who has been seen as a big "free trade" advocate votes and pushes his fellow Senators in a way allowing his wife and her family to enrich themselves and increase their net-worth. Schweizer also calls out President Trump and his entanglements with businesses around the world.  He narrows in on Ivanka Trump's husband Jared Kushner and his family's real estate dealings, arrests and convictions and how he is over extended on his 666 property in NYC.  It is hard to tell with the Trumps how much has occurred since it is still ongoing.

Funny thing how we hear liberals decrying President Trump's ties to real estate and how his position will allow him to benefit from such investments, all the while they were silent about Penny Pritzker, Obama's Commerce Secretary.  She is a member of the Hyatt fortune and conveniently purchased properties personally and then leased them back to government agencies that she controlled at a huge profit.  She funded Obama throughout is ascent but apparently her dealings never made it to the front page or prime time hour of the Mainstream Media.

The book is written well.  I could not put it down.  The problem is, you cannot unring that bell.  You cannot unsee what you saw.  This is sadly becoming a banana republic and it appears that it has zero to do with party.  Sadly we are the enablers that allow these scum bags to do what they do and even provide cover for them.  For Hillary Clinton, the gull of this woman to think that she would get away with what she did unscathed AND obtain the highest position in government speak volumes about the level of corruption.

I do not align with any party.  I feel that today, in order to follow a party, you must lie, cheat and steal even when you do not agree.  Both parties keep us, the people fighting and thinking that somehow they are different from each other.  Anyone that has lived in the States and worked for an extended period of time knows that we, the middle class, get screwed regardless of the letter, or what I like to say, what gang sign they are throwing up in the parties.  They want us to think that if R or D wins, somehow we are better off.  Until we the people, drop the party system and make these politicians accountable, this will continue to plague and eventually destroy this country. 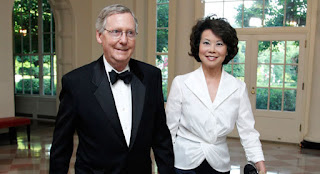 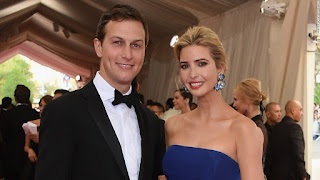 Ivanka Trump and husband Jared Kushner.  Kushner is on the hook for a bad investment in NYC where his interest only deal will come due in 2019.  We should monitor how that goes.  He is now part of the WH. 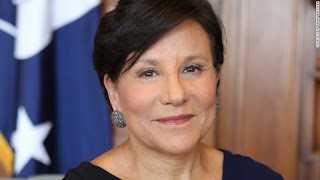 Penny Pritker, Former Obama Commerce Secretary.  She is a billionaire and has enriched herself by purchasing properties personally, then leasing them out for long term leases to government agencies at a premium. 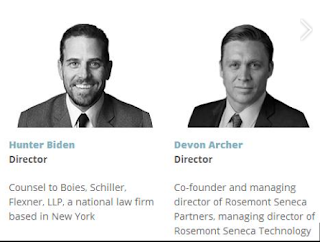 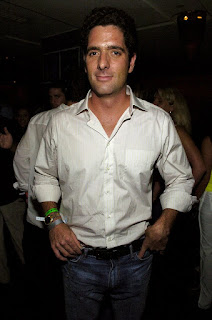 Hunter Biden, son of Vice President Biden and Devon Archer got a sweetheart deal and landed on the board for a Ukranian gas company while Hunter's father was involved in calling out Ukraine for corruption.  Not to mention his other partner in crime, and that is not just an idiom Chris Heinz; none other than the step son of Former Secretary fo State John Kerry (bottom picture)

This book is great but will open your eyes to the corruption that exists at all levels and parties of this countries government.  I highly recommend it for anyone looking to "drink the red pill and see have far the rabbit hole goes" ~  Morpheus (The Matrix 1) .  If you want to take the blue pill and forget all about it and continue as a drone in this world, pass this one up.

Posted by Manny Fernandez at 7:59 PM