The President is Missing By: Bill Clinton and James Patterson

Interesting novel.  This book is a high-tech'ish thriller.  The plot is a massive cyber threat against the United States, a traitor, impeachment proceedings and of course politics.

The book starts off with the President being attacked because it was leaked that he had communicated, off the record, with a terrorist.  Under threat of treason and impeachment, the POTUS denies it all.  You soon realize that the threat of impeachment is the least of his worries.

Surprisingly it appears Clinton takes shots at Obama specifically around the "red line" situation.  Chapter 111 is a little long and made me want to stop reading, but I was too invested in the book, and actually it was not THAT bad.  Later in the book you actually see why the authors did that.  Just when you think you have the entire plot figured out, you soon realize that it is not the case. Of course he takes shots at Trump as well.... but that is par for the course and uses the last chapter as a campaign soapbox, but it was expected. 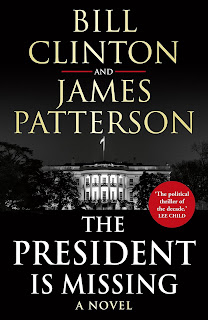 In summary, the book is really good in my opinion.  I like the fact the Clinton was involved because it does give the book some semblance of believability.  The tech is kind of weak, like explaining what BGP is.  It was a bit painful, but if you are a techie and can get passed that, you will be fine. 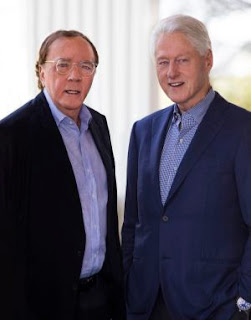