Hacks: The Inside Story of the Break-ins and Breakdowns That Put Donald Trump in the White House By. Donna Brazille

I enjoyed this book.  She was rightfully critical about Debbie Wasserman-Shultz and Hillary Clinton. She was not as Critical as Ron Paul was of the Republican Party, but coming from the Democrats, that is a huge advancement.  She seems like a smart woman that unfortunately got played by the Hillary machine.  Not to say that she was NOT at fault. 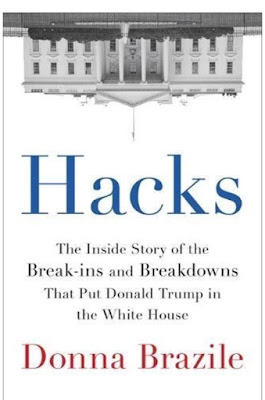 I do have issues with some of what she says about Donald Trump.  One of the comments was that Trump's campaign was one of grudges towards communities of color.  I found this really appalling.  Aside from the Democratic Party talking a good game about benefitting the "colored community" we saw eight years of Obama and the needle was not even moved in the "colored community".  I think that the colored communities would actually benefit from Republican policies.  The Democrat tend to feed the beast and keep the colored communities in a status quo scenario.  Help people get out of the situation they are in.  She mentions in her book that if Trayvon Martin would have been alive, he would have voted for Hillary Clinton.  Really?

The book is a cornucopia of buzz words and is peppered with party pleasers such as "Hands up, don't shoot" (even though that was disproven), LGBTQ at least once in each chapter (exaggeration). She discusses much about how the hackers did what they did, however she glossed over what was discovered and whit washes that.  "Here focus on this.. don't worry about that"  Sort of the "Scooby Doo Syndrome"  If it weren't for these meddling kids.

She talked about how Hillary Clinton protestors were attacked at the Trump rallies, however what is absent is how Trump SUPPORTERS were attacked, not at HRC rallies but rather their own.  The Democratic Party for all their rhetoric about the Republicans being violent are more violent than the Republicans by leaps and bounds.

In once chapter, Brazille says she wanted the D's and the R's to get together and protect the ballot box.  There is just one problem with that; the D's are known for years to have more voter turnouts that there are people (live people I mean). 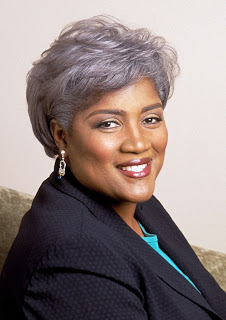 Regardless, the book was fun to read.  Since I am in the Information Security business, I had fun looking at the breach from a different perspective... the one of the victim.  For those that are not in the "biz" (meaning InfoSec), this book does a good job in telling you some of the issues and challenges they faced layman's terms.

Short book filled with a great insight into the politico's lifestyle.  Although she tends to whitewash the doings of the Democrats, I recommend this book as a must read in 2017. 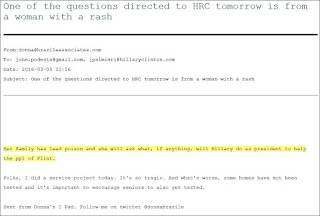 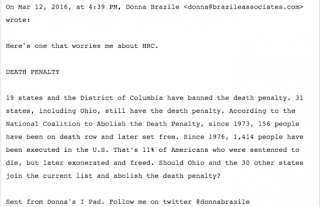 Posted by Manny Fernandez at 10:05 PM