Black Flags: The Rise of ISIS By: Joby Warrick


I read this book on the recommendation of Bill Gates.  No, I do not know him personally but he did a review of the books he read in 2016.  I decided to give it a try.  I try to stay away from terrorist books, however this book sounded interesting.  The book is about 90% about Zarqawi while the other 10% is about ISIS proper.  I learned quite a bit about ISIS, Zarqawi, Bin Laden and how the torching of Muath al-Kaseasbeh; the Jordanian pilot resonated in a negative way among other Muslims. 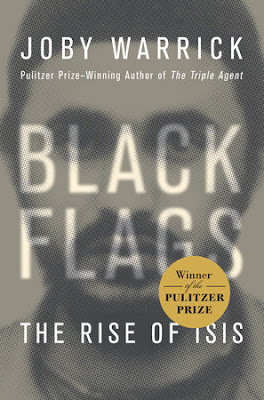 The book is not partisan in nature which is good because in my opinion, ISIS is what they are today, literally because of the US during either political parties in the US.  Sadly, we have been unable to quell the situation in the Middle East.  My party does not win yet it is the party I believe can actually stop this situation (IMHO of course).

The book is well written, engaging and difficult to put down.  You will come away with a good understanding of what took place in the Middle East to lead us to where we are today.  It reminds me of what Jefferson (TJ) said, "But, as it is, we have the wolf by the ear, and we can neither hold him, nor safely let him go." - Jefferson to John Holmes, April 22, 1820


The video of Nick Berg was probably the most disturbing thing I had ever witnessed theretofore.  It was definitely the end of incense for us in the US.