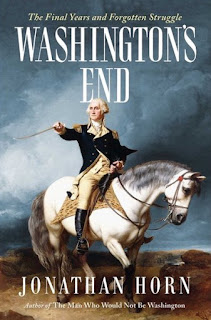 George Washington is one of my favorite Founding Fathers.  He was a Freemason.  When I became a Freemason, while going through my initiation, the one thing that kept running through my mind was “George Washington went through this very initiation hundreds of years ago”.  He was a flawed man as we all are.  His owning of slaves is a dark spot on his history.  However, these days, we do compare people of the past based on the insanity we have today.  I am curious to see 30 years from now, how all these people will be able to escape the ever-changing “standards” of the time.  Progressivism does not stop to see if what has been done is enough.  It is more concerned with continue to “progress” regardless of its success or failures.  During that time, slavery, sadly, was normal accepted.  Similar to anything that is legal today and acceptable that later on becomes frowned upon.  I think it was abhorrent, but the fact is that many men during that time paved the way for what eventually and thankfully became outlawed.
Washington was a man that measured his words.  Due to his oral issues, he rarely smiled and was an astute listener.  I practice the same today; “Listen to understand, not to respond”.  I do believe his Masonic teachings dictated many of the good qualities we read about so often.  The book goes into a narrative I personally have not read about before.  I always knew there was tension between Washington and Adams, but this book goes deeper into the relationships and feelings of his opposers.  In my opinion he was harsh at times when it came to Washington.
Washington was not a proponent of political parties and regretted the fact that people who in the past worked together, no longer even spoke.  I guess the adage about history repeating itself is absolutely true.  We are the same today.
As most will know, Washington’s death was a freak accident of sorts.  What one would take a ZPAK for today, killed one of the most influential people in our history.  The book is short but interesting.  I love Washington and feel I have a connection with him above and beyond the founding of this country, so I hesitate a bit with they paint him in a negative light. 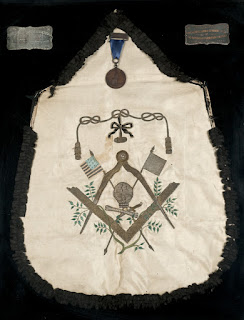 This Masonic apron was made in France and is believed to have been presented to Brother George Washington at Mount Vernon in 1784 by the Marquis de Lafayette, a former General and close friend of Washington’s, who was also a Freemason.  The apron features Masonic symbols, such as compasses and a square, together with the crossed flags of the United States and France, all exquisitely embroidered in silk and gold and silver-wrapped threads with metallic sequins. 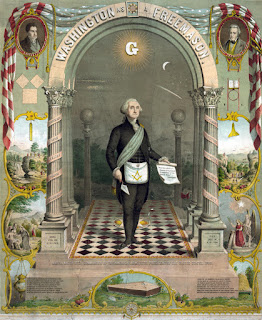 Posted by Manny Fernandez at 3:23 PM