The Gettysburg Gospel: The Lincoln Speech that Nobody Knows By:Gabor Boritt

This book was painful to get through.  The amount of worthless time consuming minutia regarding the speech was boring and not engaging at all.  It is obvious in the book the Mr. Boritt is a strong Lincoln supporter.  That bothered me throughout the book.  The book portrays the South as a bunch of bandits and makes it more than obvious that the North really hated the South. 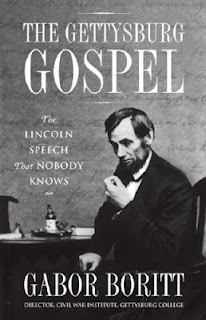 The premise that the Civil War was fought because of slavery is really disturbing to me as if it were the case, why not invade free the slaves and then allow the South to remain in their "Confederate States of America".  Why was the "Union" so important that the North did not allow them to remain separated?

Getting back to the book, it was extremely boring and there is not much to say other than there were many accounts as to what Lincoln said, when he said it, and who was listening.  The apotheosis of Lincoln is clear in this book and others from this period.  The book is not an easy read and I had to force myself to finish it.