I have to admit, I never really thought about the Chernobyl situation until I saw the mini-series on HBO.  I was so into the series I watched the 5 episodes in a row.  The book was OK.  There was a lot of useless information in my opinion.  There was a lot of life stories of the people involved where I was looking for what happened.  It does however go over the explosion and the subsequent trial.  I truly believe that this single event, caused the Soviet Union to decline which eventually brought down the U.S.S.R. altogether.  Russian people lost faith in their government, rightfully so.  This is the problem with Socialism and Communism.  Whereas in Capitalist societies you could argue that corporation are for profit, it is actually better because their greed makes them continue to make a better product.  In Chernobyl, they cut corners and lied to their people.  I think the people saw right through it. 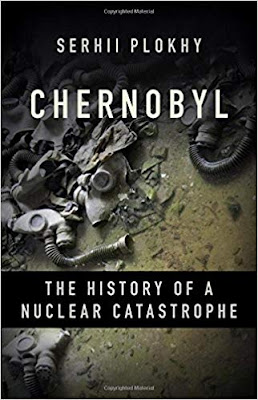