The Parasitic Mind: How Infectious Ideas Are Killing Common Sense By: Gad Saad

What a fantastic book.  Truly refreshing to read a book by a fellow libertarian thinker.  I wish there was one section of the book that was better than another, but honestly, this book is on point.  I can call out a few memorable chapters which connected with me Chapter 4: Anti-Science, Anti-Science, Anti-Reason and Illiberal Movements, Chapter 6: Departures from Reason: Ostrich Parasitic Syndrome and Chapter 8: Call to Action. 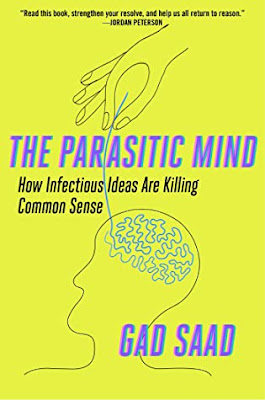 Saad dissects the illiberal mindset and the ridiculous thinking by today’s SJWs.  I truly feel that this mindset will not have longevity due to its illogical and oppositional basis.  I have said this before, to be a good progressive liberal today, it is impossible without getting daily talking points and the victim-hood de’ jour.  The one thing I have seen with these SJWs is that you NEVER see them happy.  They are in an endless, never-ending cycle of anger and victim-hood.  I do not feel these SJWs are prepared for the real world, and as soon as they enter into the real world outside of the coddling universities and the echo-chambers they live in, you will see suicide rates, depression, mental issues (more than what they are experiencing today), as well as violence (more than what we are seeing today).

If you have any doubt, look at the 2020 US Elections.  You have a President, Donald Trump that has been accused of countless things.  Has been investigated time and time again without finding anything of substance.  Was impeached on the most bogus charges ever assembled in an impeachment hearing and the consensus is “Orange Man Bad”.  However you have a President-Elect that single-handedly was responsible for some of the most racist laws passed in this country since Jim Crow, has verifiable and credible accusation of rape, has been seen countless time being inappropriate with young girls, on video admitting to bribing a leader of a foreign government to fire a prosecutor investigating the company his son is a board-member of, his son receiving 3.5 Million from Russians, 1.5 Billion from China (CCP), countless comments about black people, lauding a known former KKK Grand Cyclopes and not a peep.  Literally Joe Biden is everything they wished Trump was (so they could hate him more).  Not to mention the man is in a declining mental cognitive state that a 5-year-old could tell and that does not seem to bother them.  It is literally ludicrous.

I recommend this book and I recommend checking him out on his various guest appearances on the Joe Rogan show.  Do not pass this book up. 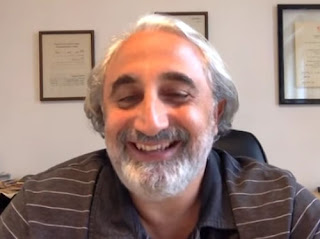 Posted by Manny Fernandez at 3:01 PM