The Secret Life of Kim Dotcom: Spies, Lies and the War for the Internet by David Fisher, Kim Dotcom

This book covers Kim Dotcom's early life (born Kim Schmitz) in Germany to an alcoholic and abusive father.  He is a good student and is smart for his age.  His mother struggled to purchase young Kim his first computer. He is arrested as a young man which gives him street cred to open a security consulting company. He later starts Megaupload which arguably is the dawn of cloud storage today and becomes incredibly rich. 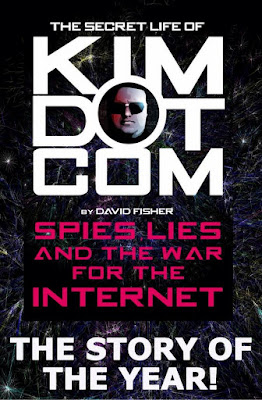 It's funny because I used to use his Kimble.org (another one of his alias’) site to test Internet speed before the speed test sites started popping up. It was so loaded with Flash and had a countdown when it loaded. Depending on how fast the countdown cycled through, the better the Internet connection was. He was already grossly successful with his MegaYacht, MegaCar and all his pictures and videos of his adventures were posted on this site.  He would post pictures with famous people, parties with 100’s of people on yachts, private jets and cars.  I have to admit, in my early days, I thought of following his security consulting ways, and eventually I did but obviously not to his level of success.

Kim meets and subsequently marries his wife in the Philippines and has 3 kids and twins on the way during his arrest.  In January of 2012, on the day before Kim's birthday, his life gets turned upside down. The New Zealand police, in an unprecedented raid on a geek’s home in the early hours, hit his mansion with a military force raid where they subsequently arrest him on charges of Copyright infringement and even states "terrorism" and "child pornography".   Dotcom would eventually divorce his beautiful wife and mother of five to what is said is the strain with the case.  Many accused her of being interested in his money.  I guess no one will know.

What ensued next was a whirlwind court case where Kim is fighting for his life and his family which you can argue that he loses both. Dotcom challenges the validity of the warrants and those that allowed it. Kim not only challenges the courts to avoid extradition to the US, but also throws his hat into the political arena only to lose to the incumbent John Key, who some call his nemesis.

It is a shame that a person, a visionary, has been silenced.  I understand that US Laws are probably the strictest in the world.  I also realize that the US lobby system and the over-reach of government is pervasive and every day, it seems we the citizens of the US are losing more of our rights not only from government, but from political parties.  We have lost “TRUE” freedom of speech, the 4th amendment is all but gone and a particular group is hard at work to take our 2nd amendment as well.  I am sure Dotcom did some criminal stuff to amass his wealth, but like I used to tell my Scouts when I was a leader, “When you point your finger at someone, you have three fingers pointing back at you”.  We see our government and the politicians constantly use money, power and influence to get out of all sorts of crimes they have committed that regular people would surely go to prison for.

Good book, could have been great but nonetheless a great read especially if you are part of the "scene" and were part of his rise to fame.

Posted by Manny Fernandez at 7:32 AM