The Road to Jonestown: Jim Jones and Peoples Temple By: Jeff Guinn

I have always hears and used the term "Drinking the Kool-Aid" however it was not until my adult years did I get the reference.  Sadly, I think today many people do not know its origins.  The reference is to the situation in Jonestown, Guyana (Guy-Yana) where Jim Jones and his cult, over 900 died of a mass suicide. 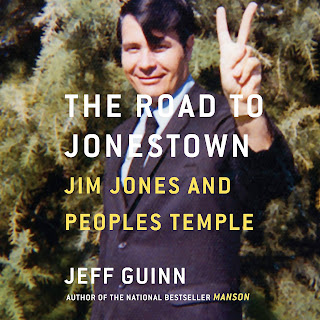 Jim Jones grew up in Indiana with an alcoholic, abusive father and a mentally challenged (IMHO) mother.  His mother was not really interested in his upbringing.  He grew up with concern neighbors that brought him to religion in earnest.

Jones was an avout Socialist.  He "preached" a distorted version of Christianity and prayed on Blacks and low income folks at first. His trajectory mirrors many of the Socialist tyrants we have seen in history.  It is disturbing to see his mindset when he acted like he really cared for the downtrodden and fought for equality when in reality, it was just means to justify the ends which in his case, was tyrannical power over people.  I was not surprised to see the chummy relationship Jones had with Willy Brown, corrupt California politician who is said to be the Sugar Daddy of the current Vice President of the United States, Kamala Harris.  The constant Quid-Pro-Quo (QPQ) by Brown, Moscone and other in California is ironic since in 2016, the current other California politicians finally got a moral compass.  Unfortunately, the moral compass was short-lived and in late 2020, the reverted back to their old ways.  Hmmmm.  That was awkward.

I have read about 30 books on Scientology and sadly, you see Jone's version of Christianity morf into the same framework as Scientology.  The People's Temple would disown those that did not follow "Father" (the moniker Jones took on during his "ascend").  They only wanted member to associate with other "believers",  all financial assets should go to the "church", sex and relationships were controlled by "father", etc.

Socialism is a cult in my opinion.  As most of the Socialist leaders, they live by a strict code "Socialism is for the people NOT the Socialist".  Jones partook with fornication even though he preached against it, he consumed alcohol although he preached against it, he used church money on him self which he punished other for doing, he watched new release movies even though he preached against it.  That is but a tiny fraction of Jones dichotomous behavior.  For instance, he talked a good talk about Black people not being treated equally, yet only 1 black person was in his inner circle.  The Socialist seems to pray on Blacks in this country.  Sadly, they are effective in their doings.  As we are seeing today, the way to keep people supporting a fake narrative is to control the information the people are getting.  To block any dissent towards the narrative.  We see this today.  In the past, you would be able to voice your opinion on anything you wanted to without the fear of anyone silencing you.  Today, you cannot even mention irregularities in the elections of 2020, yet you can STILL repeat at-nausium the "Russian Interference" and "Russian Collusion", essentially any negative information about Donald Trump, true or false is always welcomed in the public square.  However if you dare speak about COVID, Election Fraud, Biden's mental health, etc, you are immediately silenced by the Socialist technology arm, AKA Big Tech, the media does not cover anything negative about the Biden administration..... pardon me, the "Biden-Harris" administration.

Guinn writes how the Temple starts to lose its luster and people start to see through the lies.  Jones becomes a daily drug user and his conscious time is less and less.  Things start to unravel as they start to see legal action from parents wanted access to their kids now in Jonestown.  Jones' health also starts to deteriorate and people start to doubt his powers.  His weight gain shows people he is losing control of his life.  I say this because I am also overweight, and when I lost 150 lbs, people took me much more serious (don't get offended 😁). In the end, Jones and his followers died for no reason other that Jones' twisted and demented ideas.  Socialism has never worked and never will.  The problem is that Socialism is for the people NOT the Socialists. 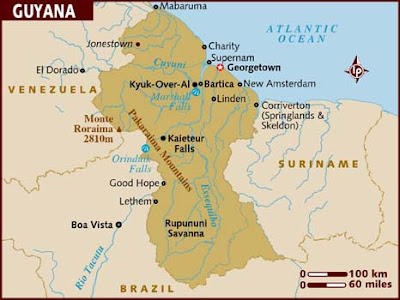 Ironically, Jonestown would have been very cozy with a Socialist neighbor of Venezuela.

Here is a link to the people who died in Jonestown.  Sadly, it includes children's name
https://jonestown.sdsu.edu/?post_type=who_died

Posted by Manny Fernandez at 12:32 AM