A sickening tale of power, privilege and child molestation. Jeff Epstein, a billionaire took advantage of over 150 underage girls.  Ages from 12 to 17. 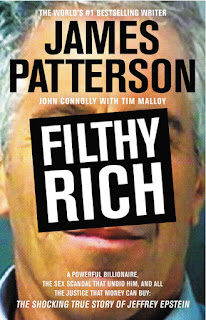 This book is disturbing. However I do not see how else to drive the story without the details. This books dives into the victim's testimony of what happened, in explicit, sickening details. Epstein has handlers that seek out and bring underage girls to his mansion where these young girls would be paid to give Epstein "massages" where he would order the girls to be naked and where he would masterbate until ejaculation.  Furthermore, Epstein would insert his fingers, sex toys and in some cases his penis into these young girls.

Equally disturbing is his ability to literally get away with these crimes. Epstein used his money, power and influence to downgrade the charges he would plead guilty to.  Epstein was sentenced to 18 months however he had a personal guard to sit outside his cell (when he was there), he was allowed to go home via his private driver.  Who does this?  Well the powerful and rich do.

Sadly there are two sets of rules and laws. Those for the common folk, and those for the rich and powerful. Epstein has been tied to Price Andrew, Bill Clinton, Kevin Spacey, Chris Tucker, and Donald Trump. Although those listed here deny any wrong doing, Donald Trump had originally banned Epstein from his Palm Beach club (Mar-a-Lago).

After this book was published, Epstein was re-arrested and as of late, he allegedly attempted suicide in his cell. This debacle of a case shows the breakdown and the problem with big government where something as egregious as this case is allowed to fall through the cracks, or pushed into cracks.  There should have been checks and balances where we identify usurpation of laws and the Constitution.  We see this circus we are living now with Trump where lawmakers have spent all their time on a witch hunt instead of their jobs they were elected to do.

Posted by Manny Fernandez at 8:26 AM