The Lost Symbol By: Dan Brown

I read this book the day it was released in 2009.  I read it cover to cover in two days.  I figured I would re-read the book in 2018.  I am a Master Mason and a Past Master of my Lodge.  The premise of this book, more specifically the video which made it a "National Security Issue" is ridiculous.  The fact that someone of power sitting in a room where a ritual is taking place that is allegoric in nature somehow puts the nation at risk is ridiculous.  If you follow any religion, there are strange ritual that would be viewed as insane from an uninitiated.  Although some of the facts are correct, some are not even close.  The technology in this book was off as well.  Taking into account that this book was written 9 years ago, the tech on it was off even then.  For example, the IP address was in a different format not seem before?  Really?  There is IPv4 which has been around since the inception of the Internet.  IPv6 was around back then but not used by any carriers.  How the hacker was able to track it if it was not standard IPv4, is beyond me. 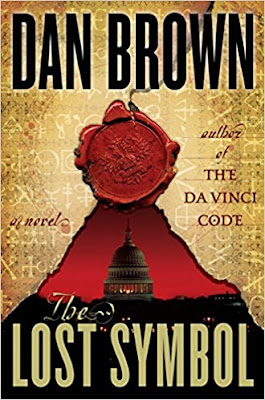 This book takes place in Washington D.C. and revolved around the Freemasons and the hidden secrets associated with the "Order".  Robert Langdon is back to his adventure.  In one of the last books, IMHO, where Dan Brown wrote a decent book, he is able to spin a web full of twists and turns.  Langdon is invited to D.C. to give a speech by Peter Solomon.  Solomon asked Langdon to bring a package he was entrusted to keep by Solomon years earlier.  It soon becomes evident that Langdon has been pulled into yet another adventure where his knowledge of symbolism is necessary.

Based in Washington D.C., it is easy to follow and visualize the scenes.  Sadly, there were rumors about this book being made into a movie.  Sadly, there has been nothing but rumors.