I enjoyed the book.  The end kind of came together a little quickly but it was good.   The beginning of the book was out of sequence but it worked out well.  A young girl gets into trouble and goes to prison.  She eventually gets released and gets a job in Alaska where her estranged mother and sister are currently living.  The new position requires Evelyn Jones to run errands, deposit money and all around assistance.  The employer, Donald White, has purchased the home from a couple where the husband has been kidnapped and the wife is trying to get him released. 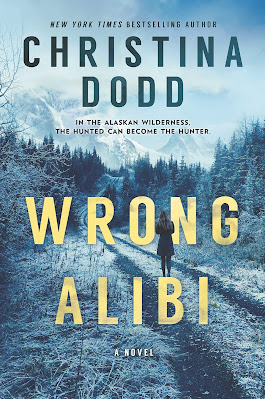 Since Evelyn was depositing cash money into a Cayman Island bank under her name, was seen in the city driving Michelle's car (Jaguar) all around town and seen at the house; when Evelyn finds the gruesome crime scene of Michelle and her young son, she is the prime suspect.  She is subsequently tried and convicted of murder since "Donald White" is a ghost and no one can validate him.  A freak accident and mud slide kills all except for Evelyn while being transported. Her face is badly injured and eventually she gets taken to the hospital.  Her face is reconstructed and to all outward appearances, she was among the dead buried under the mud.  She hides out for a decade in a fishing camp under a new name of,  Petie.  Michelle's widower returns after being released and has a vendetta against Evelyn after finding out she is alive.  Evelyn (aka Petie) returns to Rockin, Alaska after seeing Donald White, now Derek Green is actually dating her mother.

The book includes love, betrayal, murder, sex, and relationships.  It flowed well and I finished it in a couple of days.